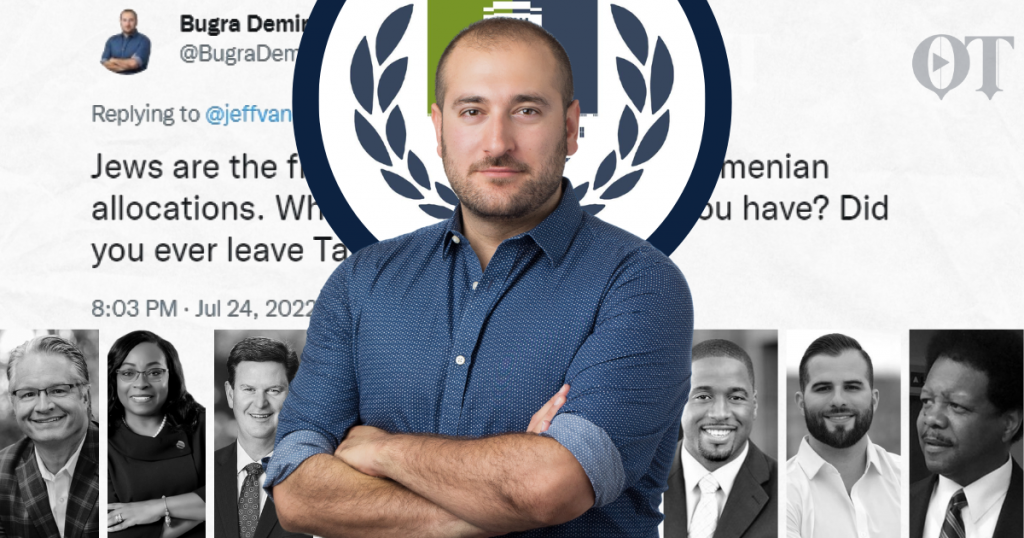 A Product of Our Tallahassee

“Hitler quote perfectly suits in this category. Supposedly, Hitler stated that: “After all, who remembers the annihilation of the Armenians” which is always used by Armenian propagandist in order to prove that the relocation was genocide.”

The Unraveling Story of Grow Tallahassee’s Electioneering Efforts, Told With Your Help.

It was a long night on Twitter, and we’re not entirely confident that we’ve captured the entire saga, if you or someone you know has additional tweets that we’ve missed, please email them to us at admin@ourtallahassee.com.

The story of SoMo Walls, an unseemly close relationship with the developer who just last month received $560,000 in taxpayer funds, and is running Williams-Cox’s campaign has been crowdsourced by nearly a dozen different sources over the past six months, and we couldn’t do it without our eagle-eyed readers who work collaboratively with us to bring you the stories you look forward to reading. 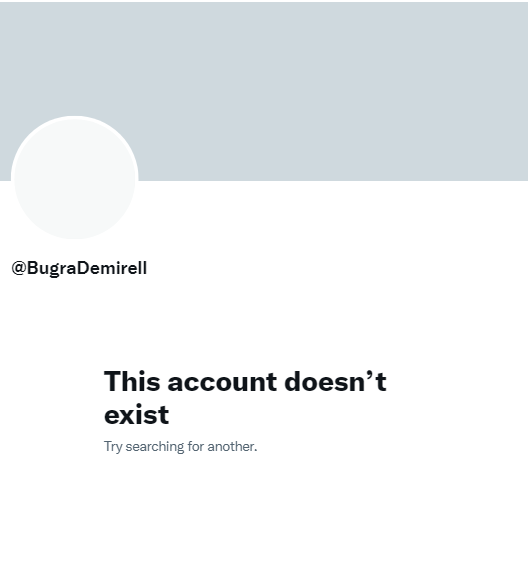 Essentially, two precipitating incidents unfolded over the past ten days, one, our reporting of Commissioner Dianne Williams-Cox’s official votes to award Demirel $560,000 showing overlapping timelines with her own endorsement by Grow Tallahassee, as well as a recording of Williams-Cox meeting with the group from January.

Adding to the mix, Jeff VanderMeer published a blog post on his website which commented on what he viewed as a “systems problem” with Grow Tallahassee, 4 Tallahassee, and the local Chamber of Commerce.

Bugra Demirel, the listed Treasurer of Grow Tallahassee, who is also the Chairman of the Grow Tallahassee Political Committee went on a four-hour long Twitter rant yesterday that ended in deleted tweets and deleting his Twitter account.

Demirel is deeply involved in the 2022 local elections and has operated as Williams-Cox’s campaign manager for the past several months, including during a critical period for his SoMo Walls project, which recently received $560,000 in CRA dollars. Last week, Our Tallahassee released an article that highlighted the highly questionable intersections of official government action, Williams-Cox’s own endorsement by Grow Tallahassee, as well as the at least two votes leading to Demirel receiving sign-off on a $560,000 construction grant.

Demirel has threatened to sue Our Tallahassee as a result of our reporting. Demirel offered a list of extra-factual items he wanted to change in our story, Our Tallahassee did not succumb to his demands because we don’t work for developers. We don’t change our stories when they ask.

Our Tallahassee stands by our reporting and we are proud to have led in this story locally which continues to expand locally. 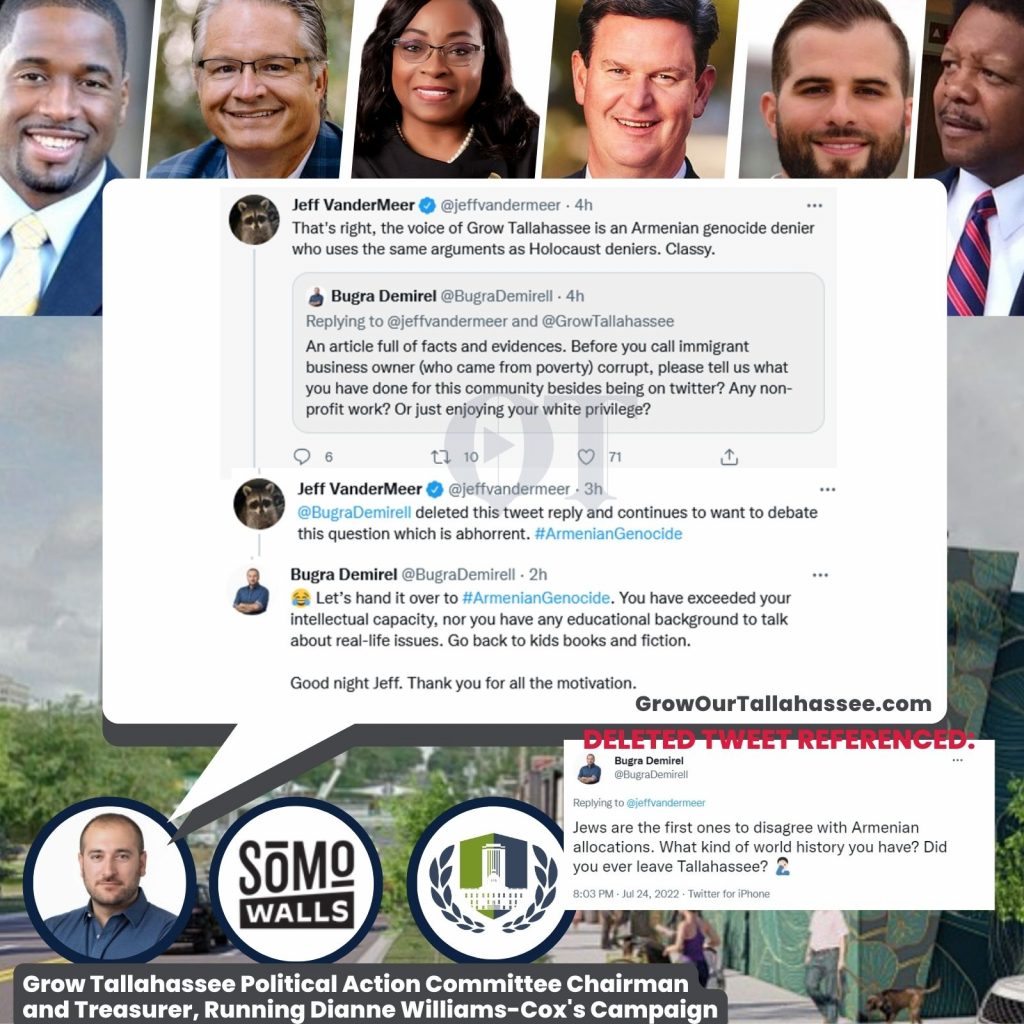 The article that VanderMeer is referencing is a genocide denialist blog that Demirel has written at least three articles on. 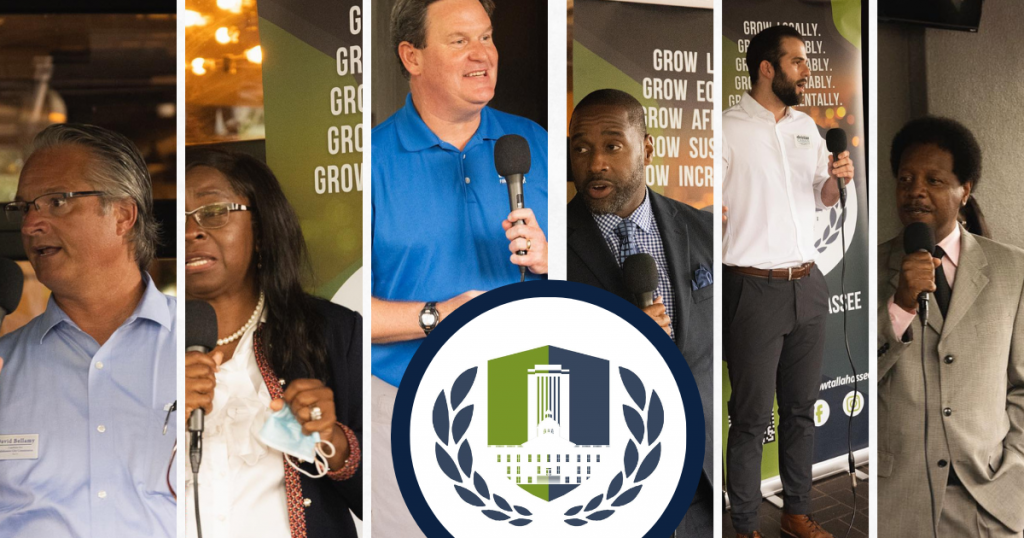 All six candidates were photographed just five days ago addressing Grow Tallahassee on their Facebook page (images partially included here under fair use). Our Tallahassee released a portion of David Bellamy’s speech, where he warned of a “progressive movement” in Tallahassee. 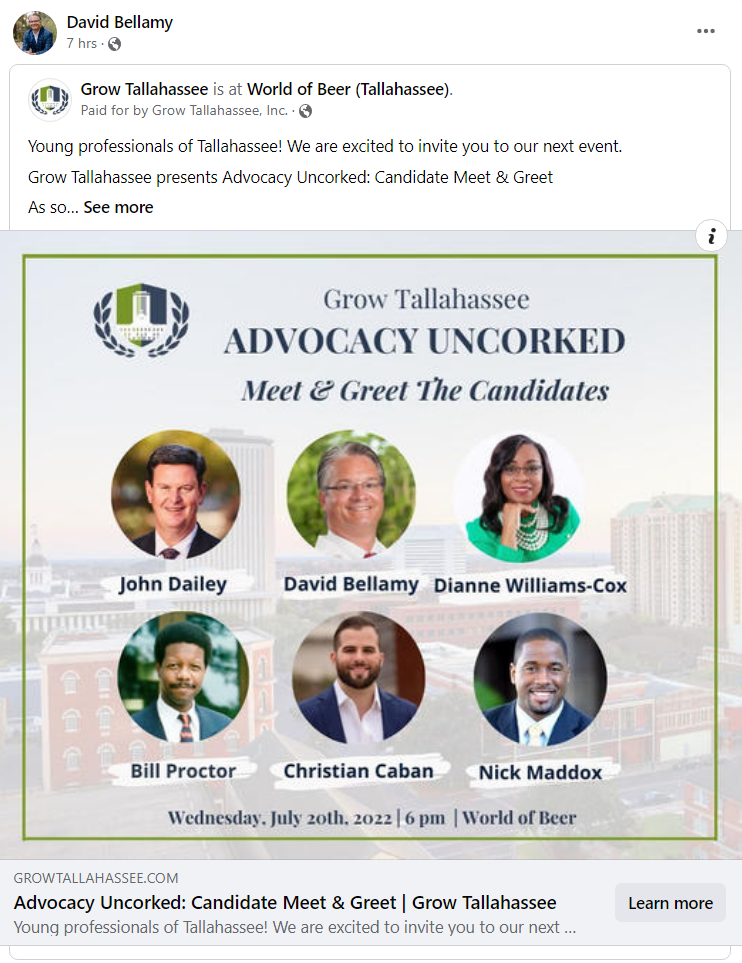 Why We’re Including The Politicians

As recently as last week, all six of them spoke at a Grow Tallahassee “Meet the Endorsed Candidate” event. They have shared Grow Tallahassee’s content, coordinated their campaigns with Grow Tallahassee and Demirel directly, and are partners in their efforts to be re-elected. All four incumbent Commissioners voted yes on the $27,000,000 Doak Campbell Stadium deal, who lobbied for the deal with the Seminole Boosters. All of them have taken thousands in campaign contributions from those in senior leadership at the FSU Board of Trustees and Seminole Boosters. 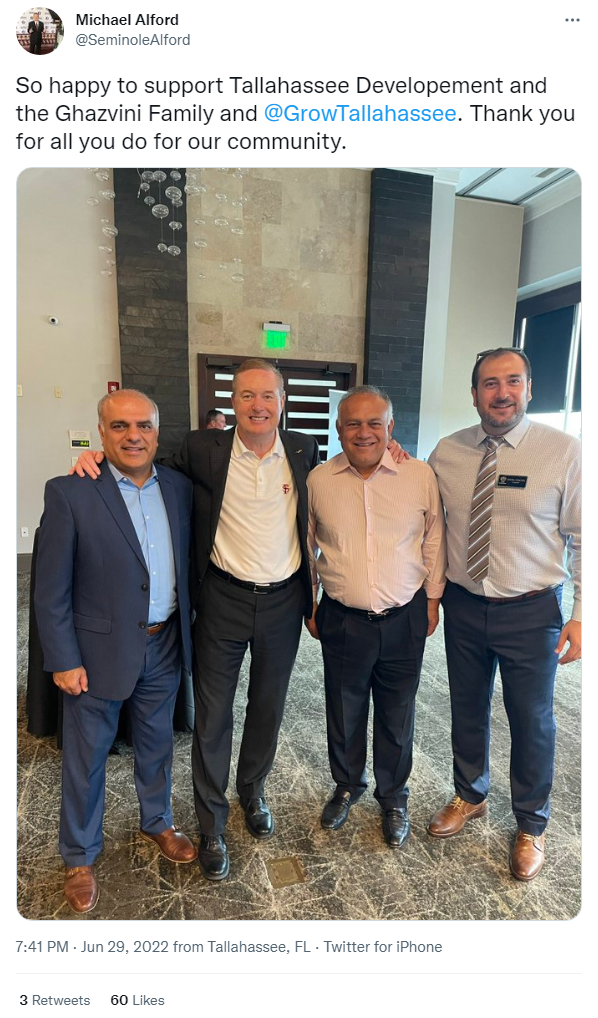 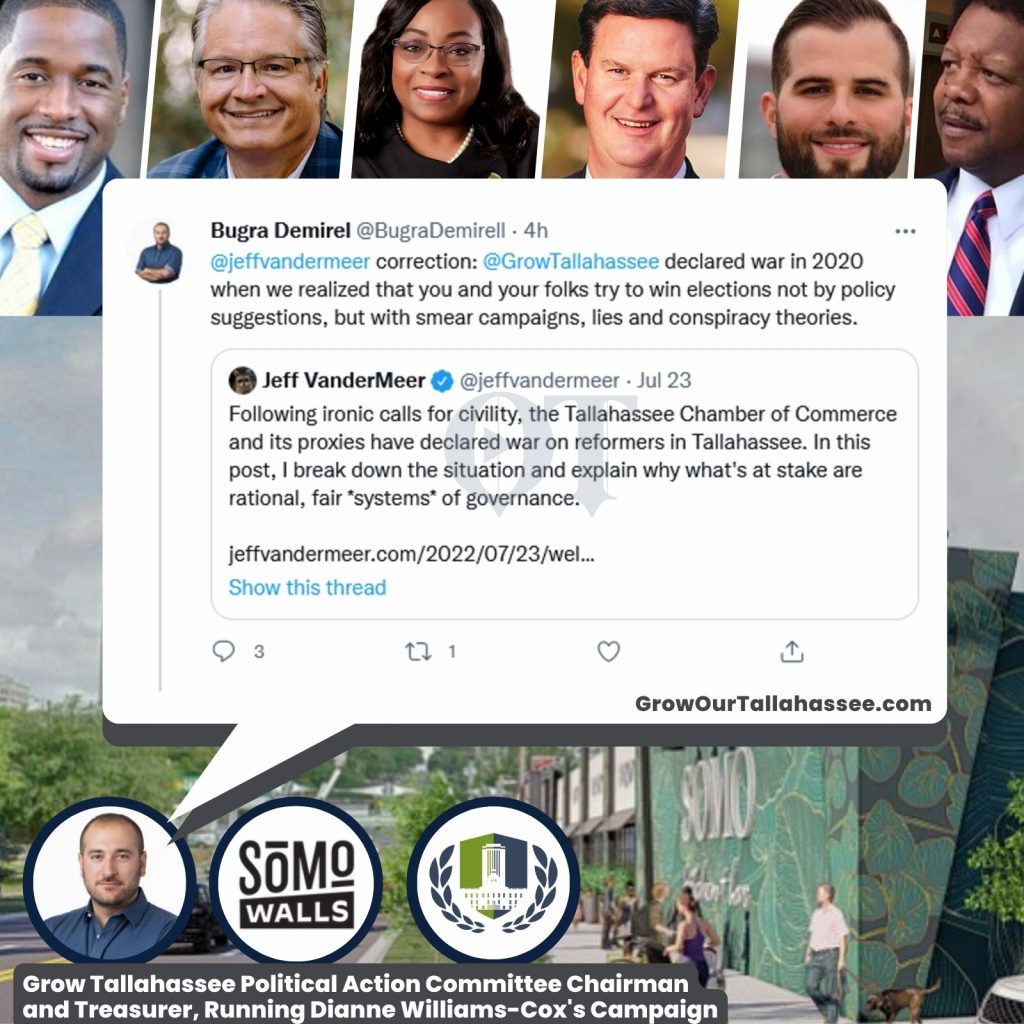 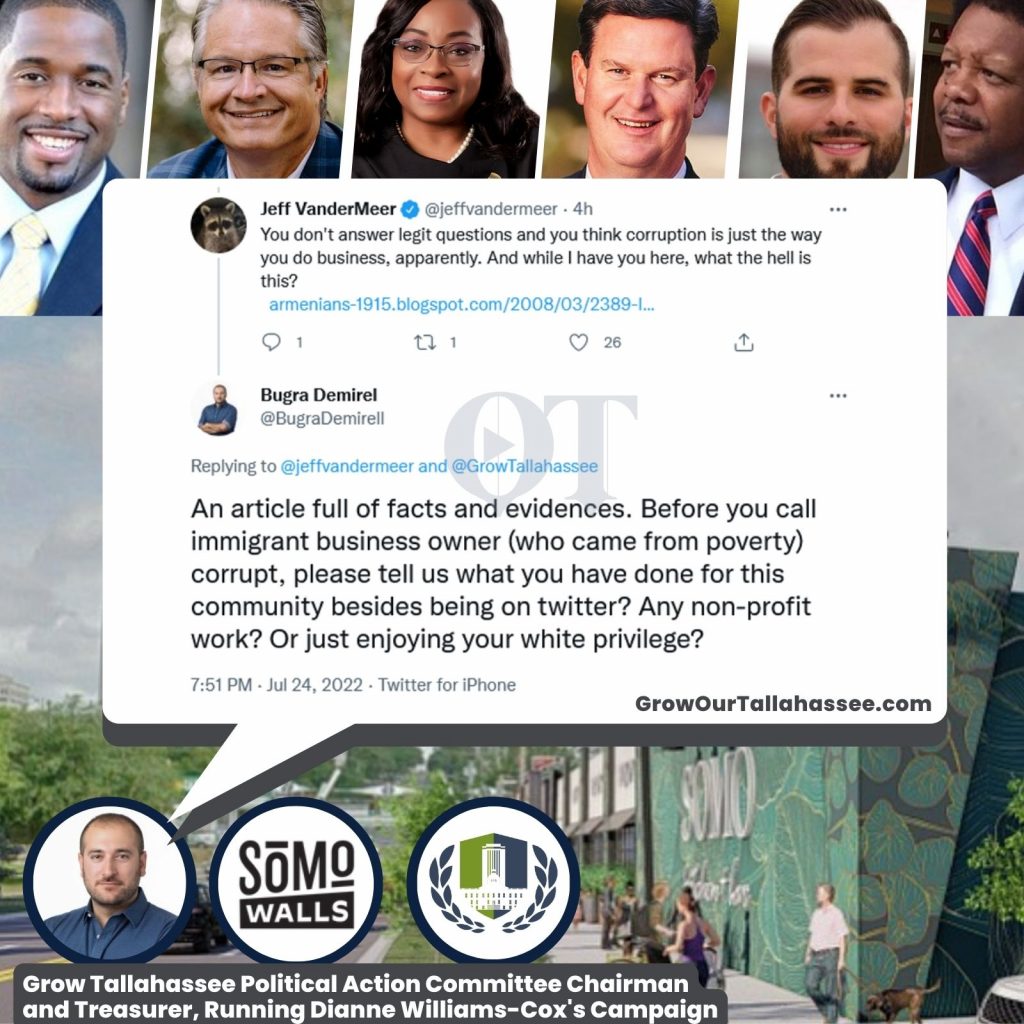 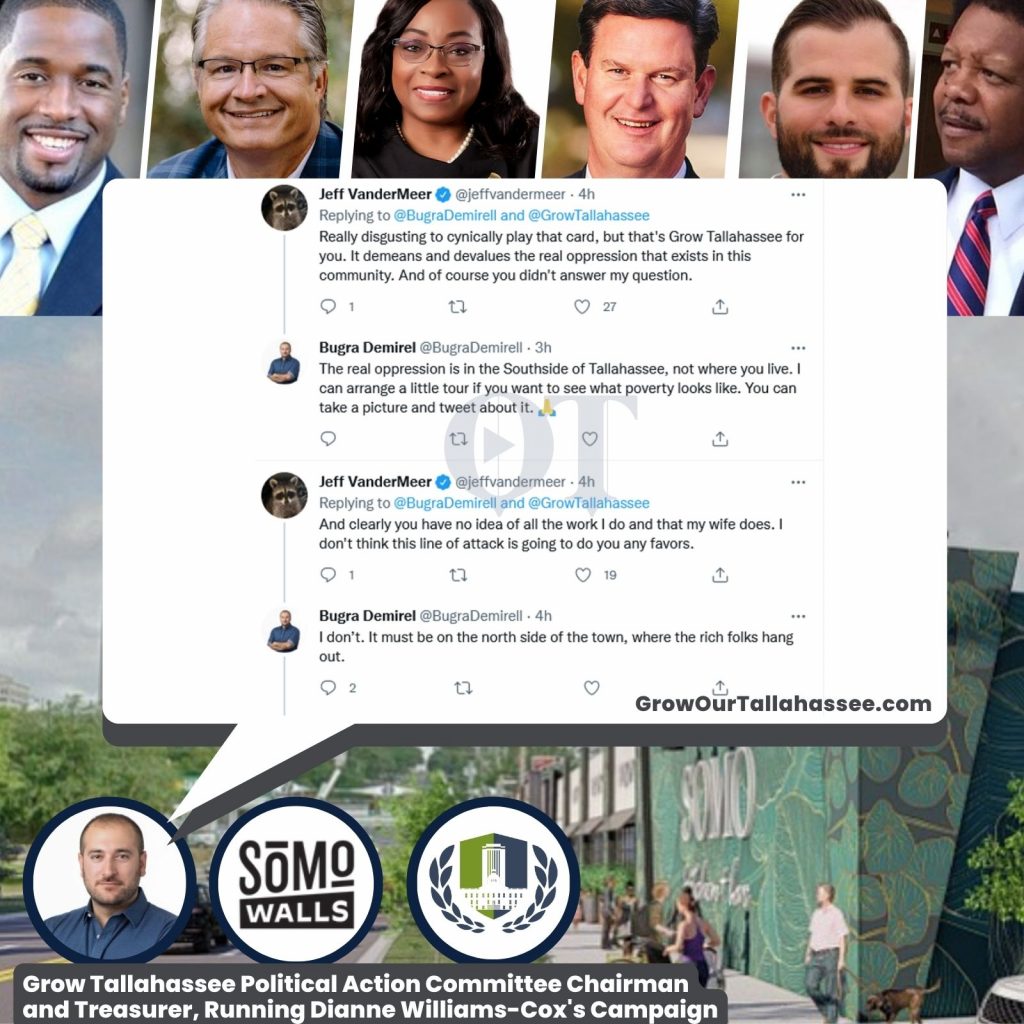 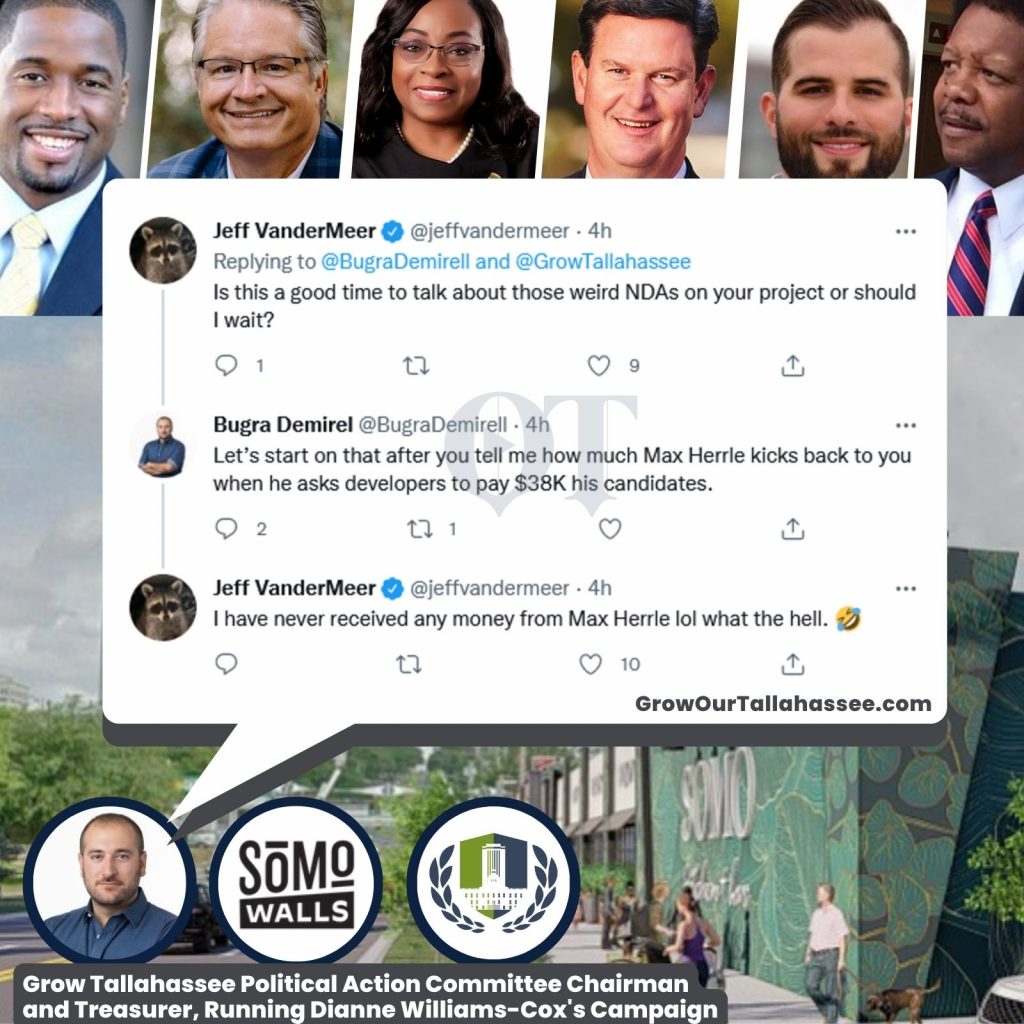 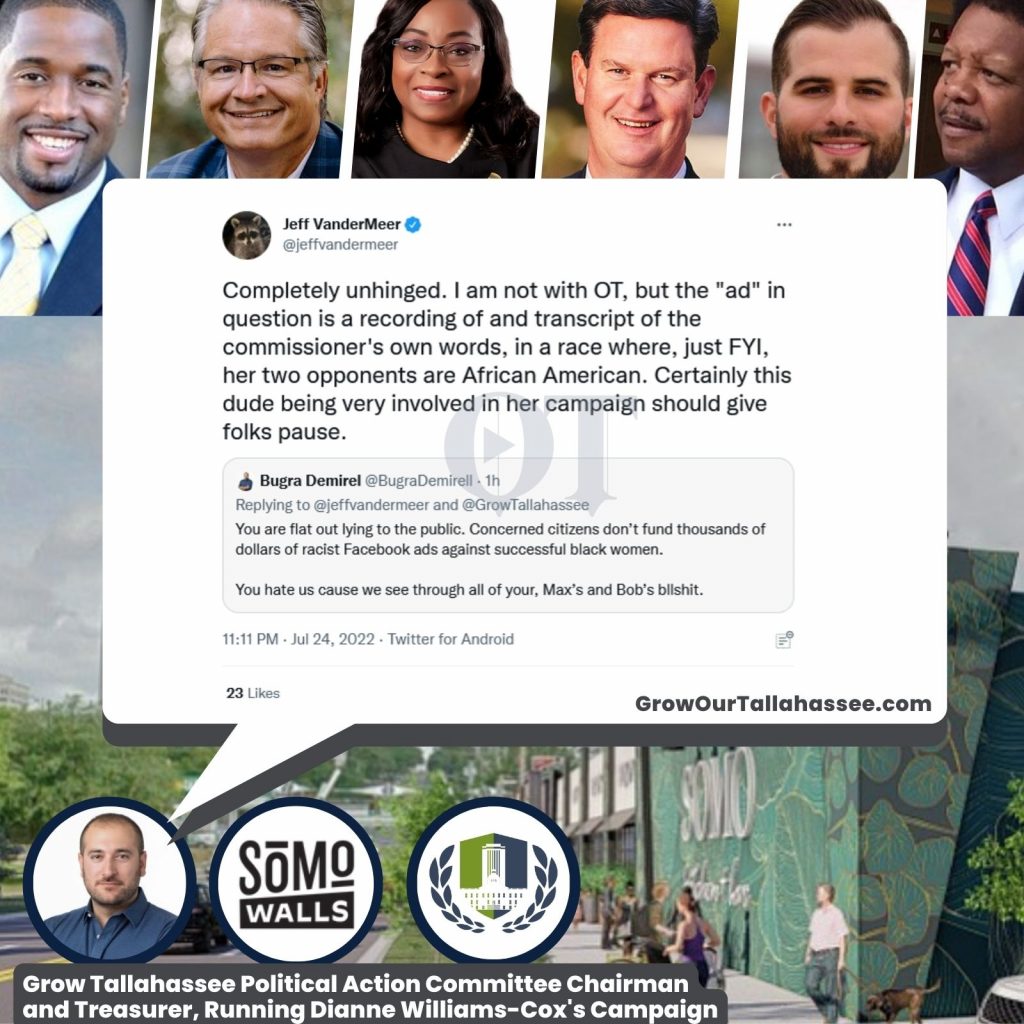 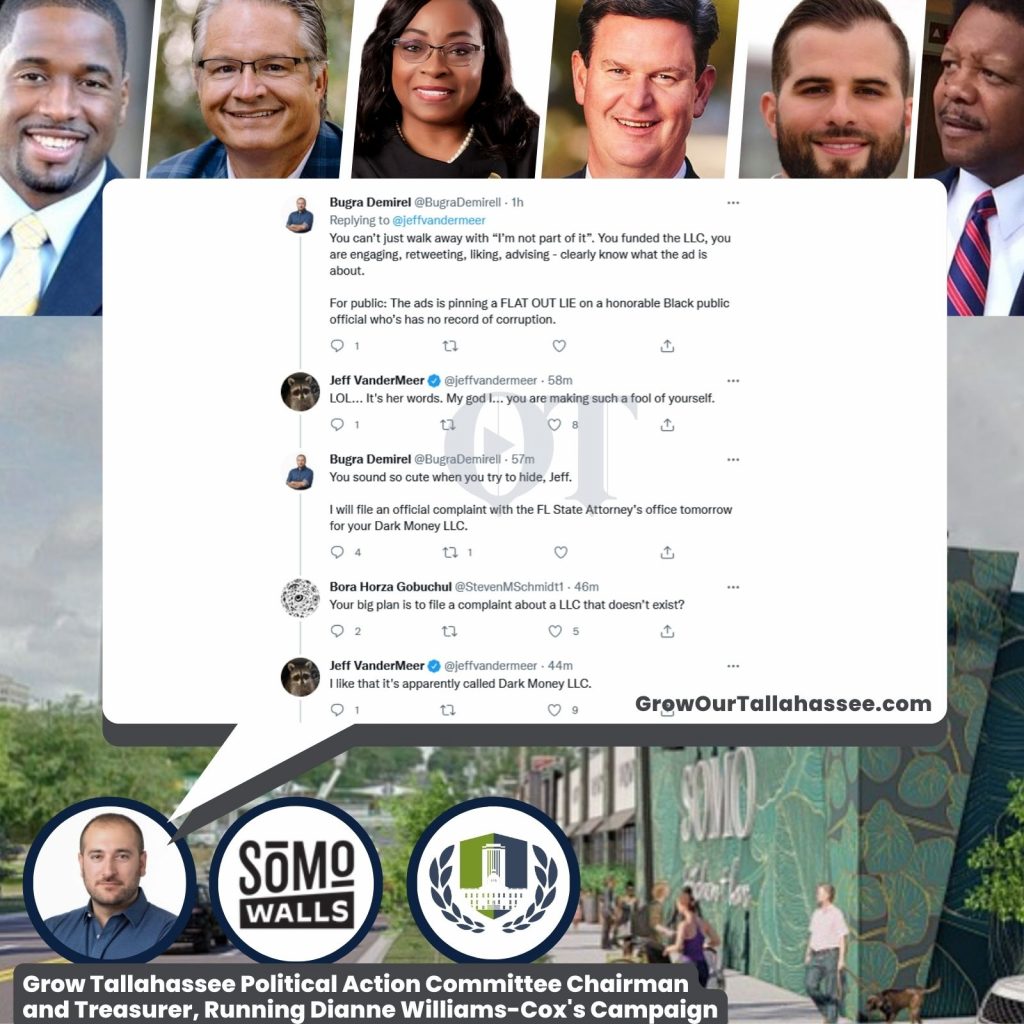 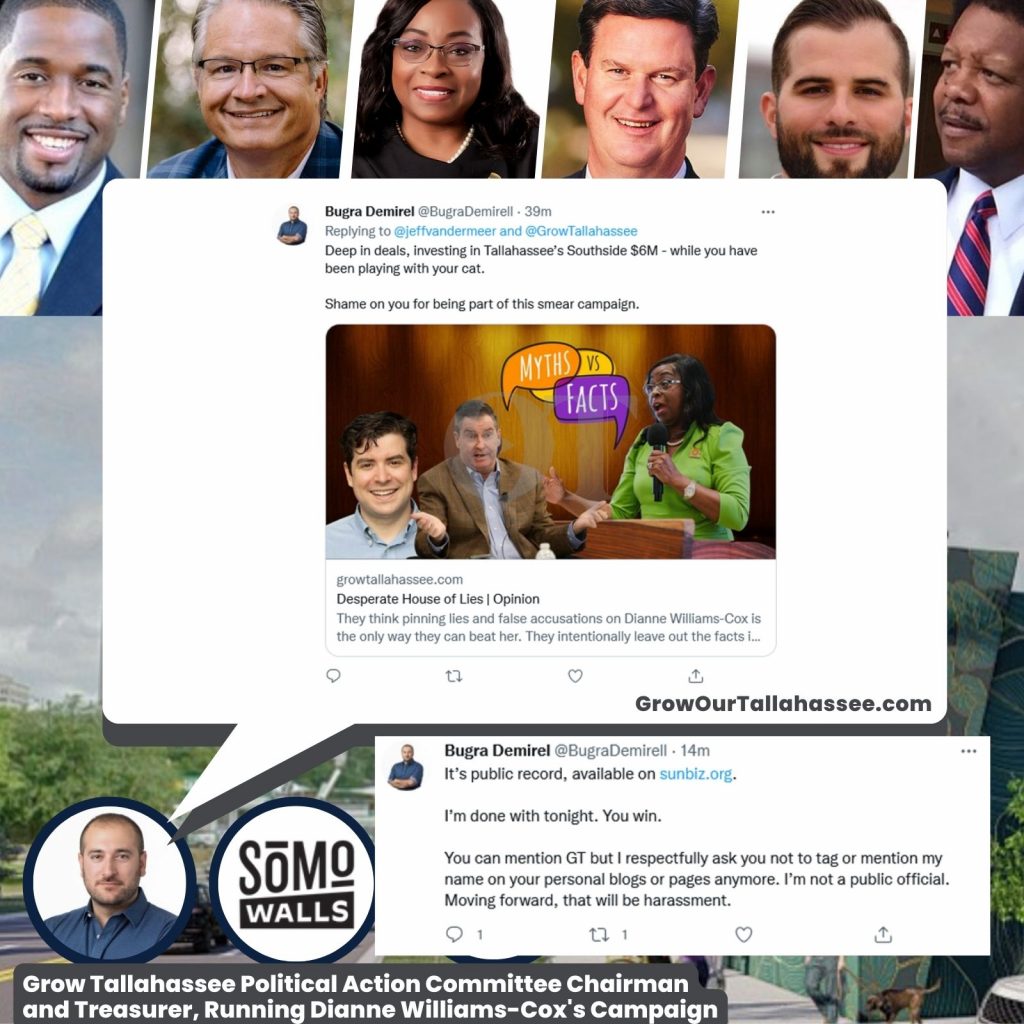 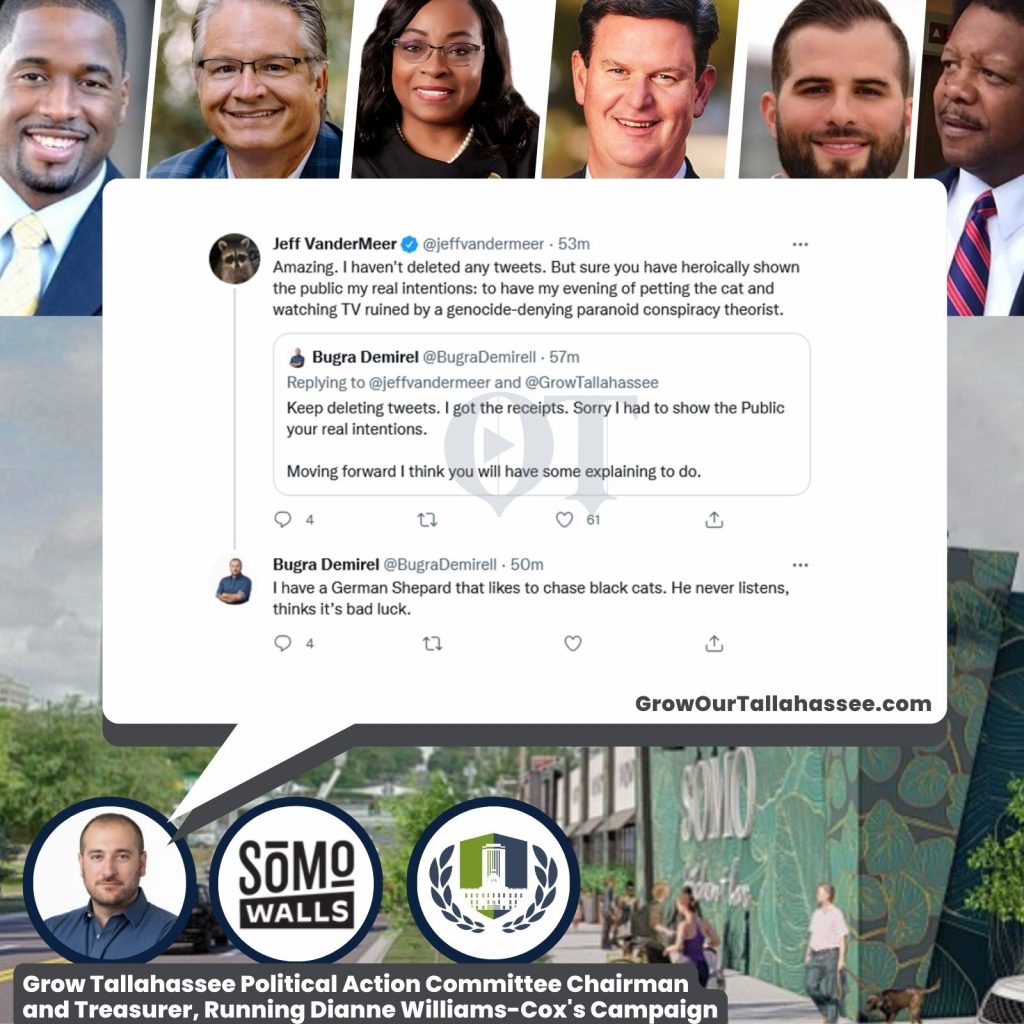 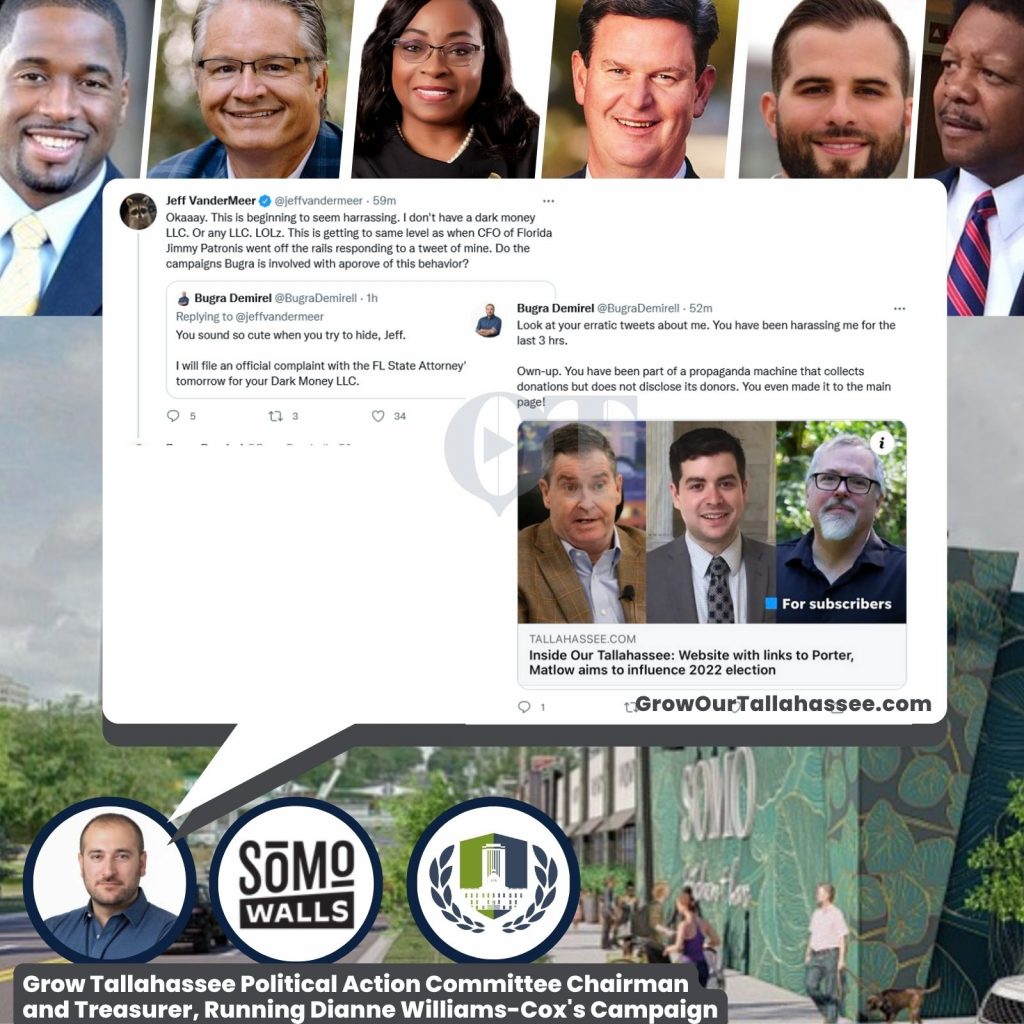 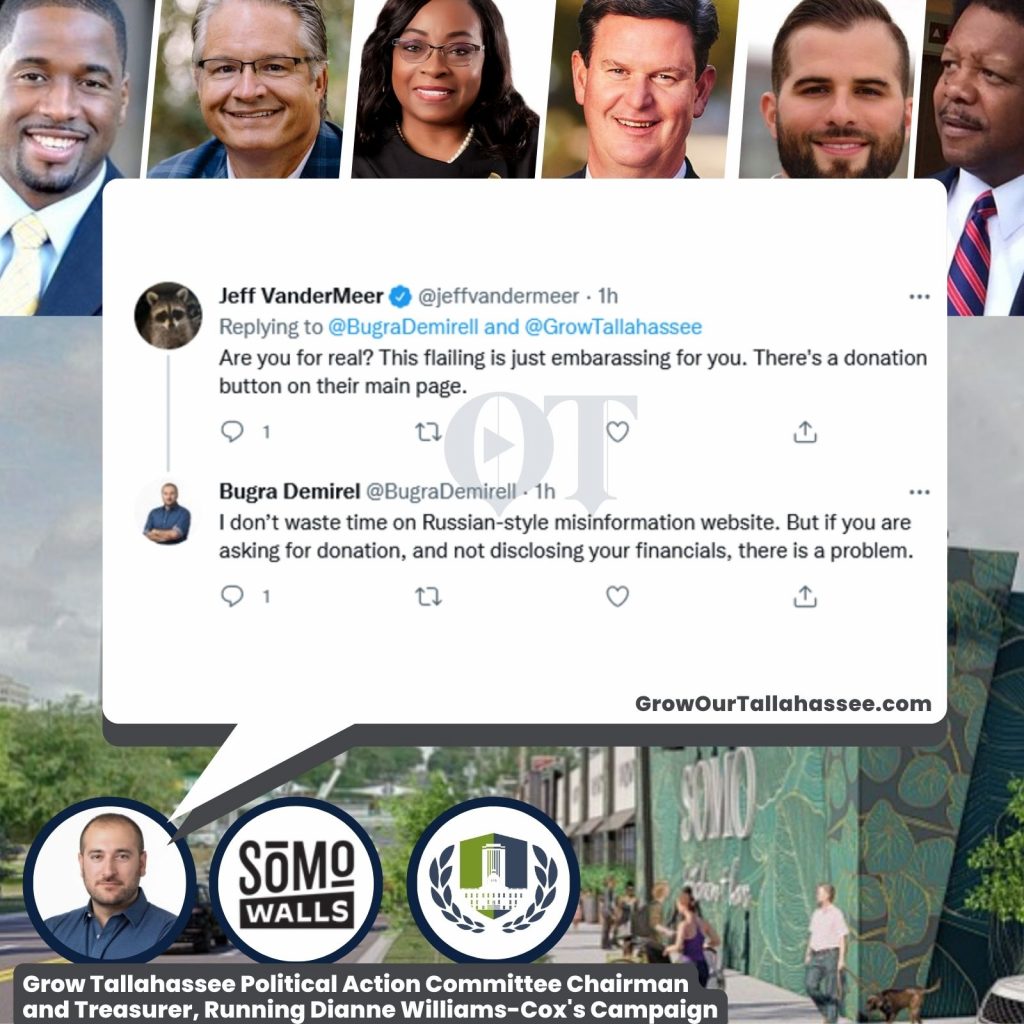 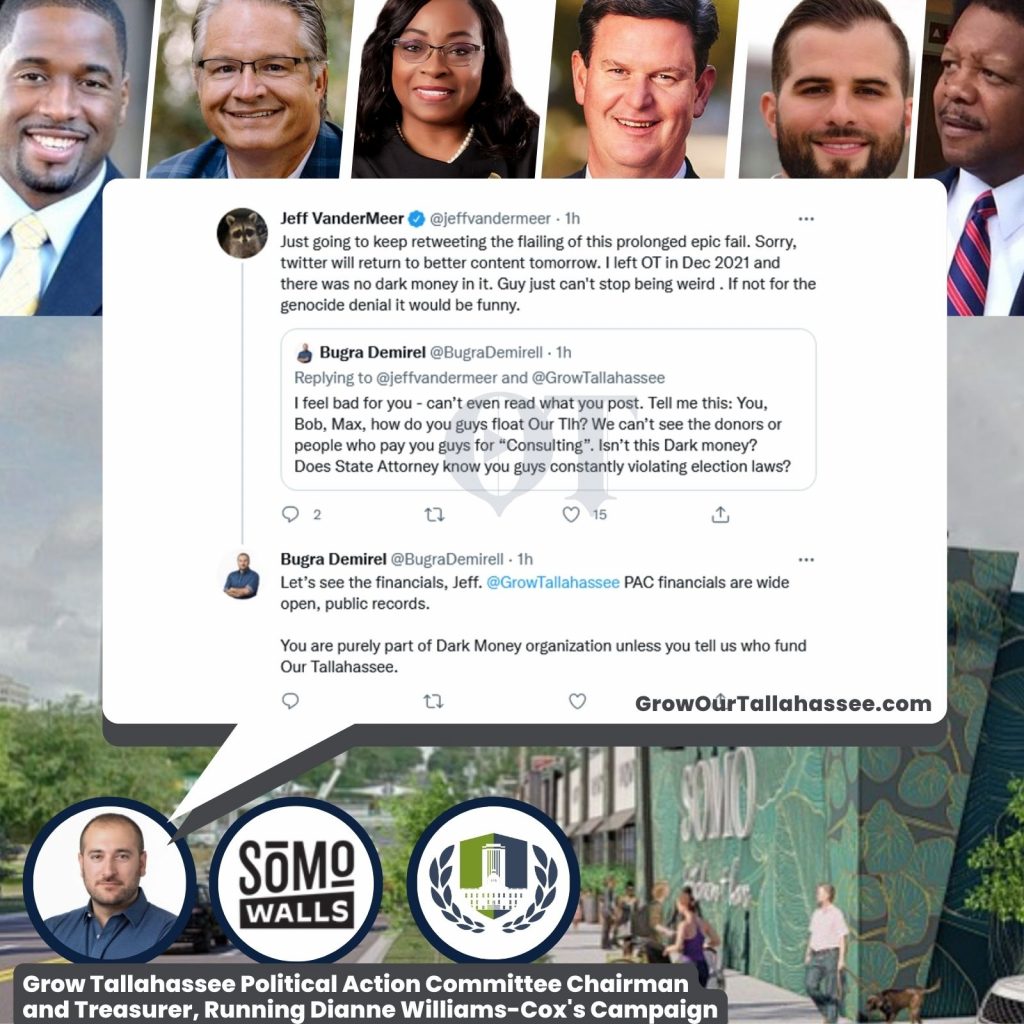 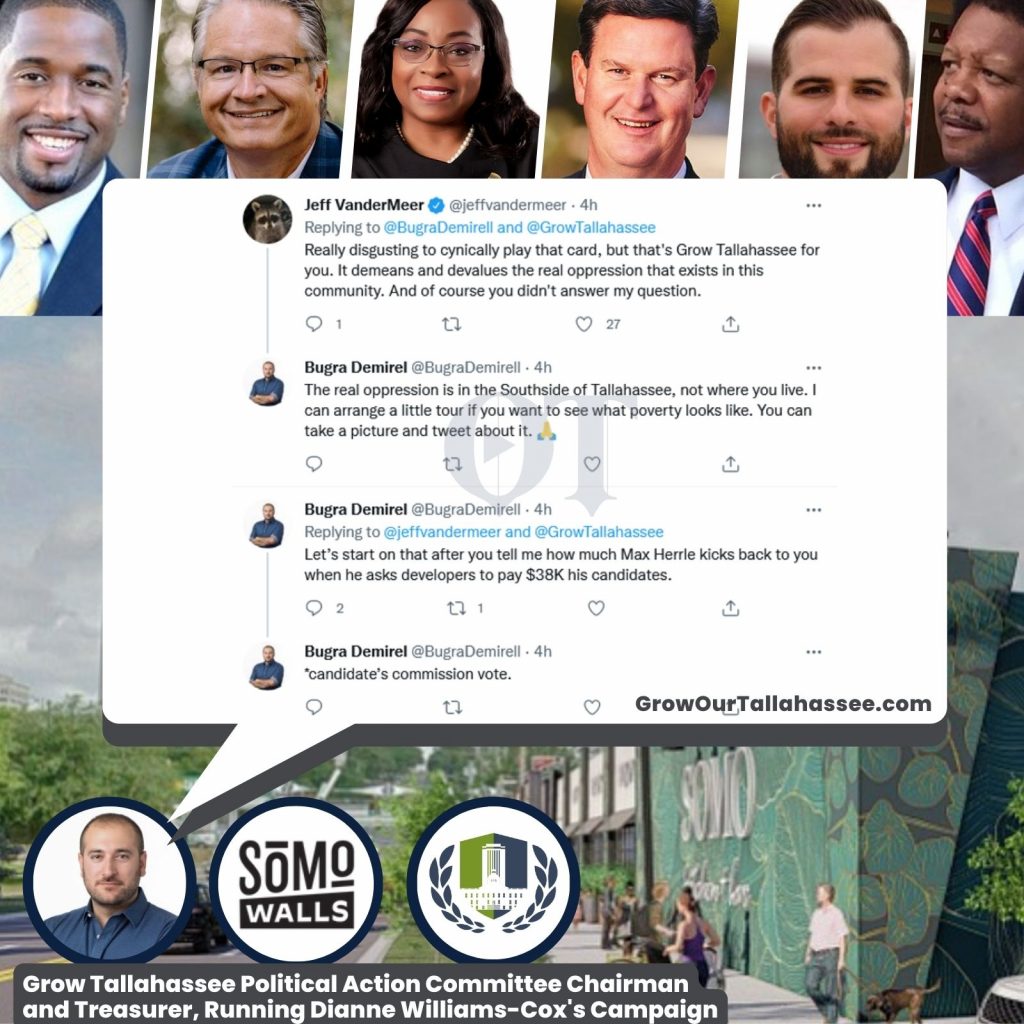 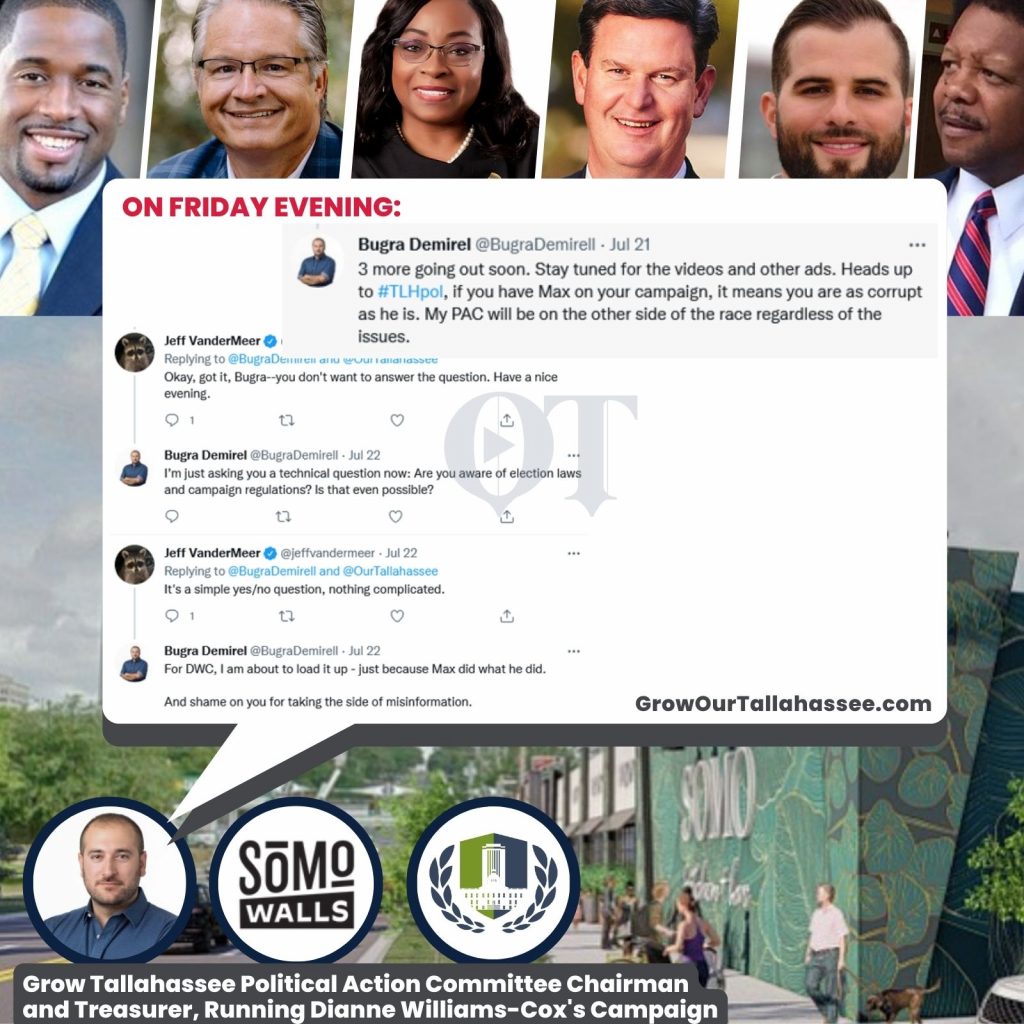 Imagine Tallahassee Without Us.

A Public Left in the Dark.

We wouldn’t have known that our police chief was paid to attend a Billy Graham Conference in Uniform where he said that it’s his priority to ‘spread the gospel of Jesus Christ’ at work.

We wouldn’t have known about John Dailey’s $23,050 he took from the Seminole Boosters just weeks before voting to give them $27,000,000 for luxury stadium seating.

We wouldn’t have known about a scheme to rig the special election of School Board District 4 which Our Tallahassee reported with just days before qualifying, a seat which had Alex Stemle file in at the last minute: his stated reason for filing was our coverage of the issue, and now he’s the only candidate in the race that believes the result of the 2020 elections.

We wouldn’t have known about the secret surveillance helicopter monitoring largely black neighborhoods at night.

We wouldn’t have known that Dianne Williams-Cox gave $560,000 in black property tax dollars to her campaign manager developer Demirel.

We wouldn’t have known that the Mayor’s political consulting firm VancoreJones was paid to send in fake pro-developer feedback for a Blueprint road project through Welaunee, which will dump thousands of cars into Killearn.

We’ve filmed and live streamed nearly every debate for City and County Commission this cycle, allowing more people access to information to make informed decisions about the future of our community.

We wouldn’t have known that Vince Long sent an email to Drew Jones, the Mayor’s campaign manager that had a $72,000/year County vendor archive social media posts of people in Leon County and send them to a political consulting firm. Not even County Commissioners knew about this program before our reporting.

Our Tallahassee’s coverage has made all of us more informed, and supported civic engagement across our community.

Now it’s your turn. Can we count on you to contribute just $27 today to continue our mission? 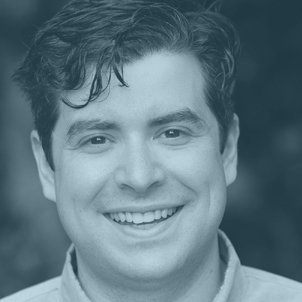 In local government, Herrle has worked with neighborhoods and issue advocacy campaigns across Leon County to fight for their voices to be heard in a city hall not meant for them. A lifelong Tallahassee resident, he grew up on Buck Lake Road and lives in Tallahassee’s Downtown. Herrle is a writer for OurTallahassee.com, a reform-minded media outlet that hopes to empower people in Leon County to work towards a more just community for us all.